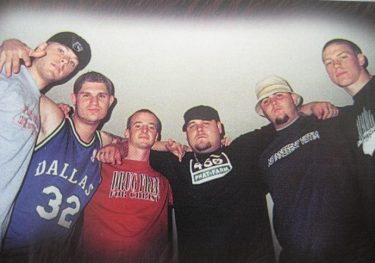 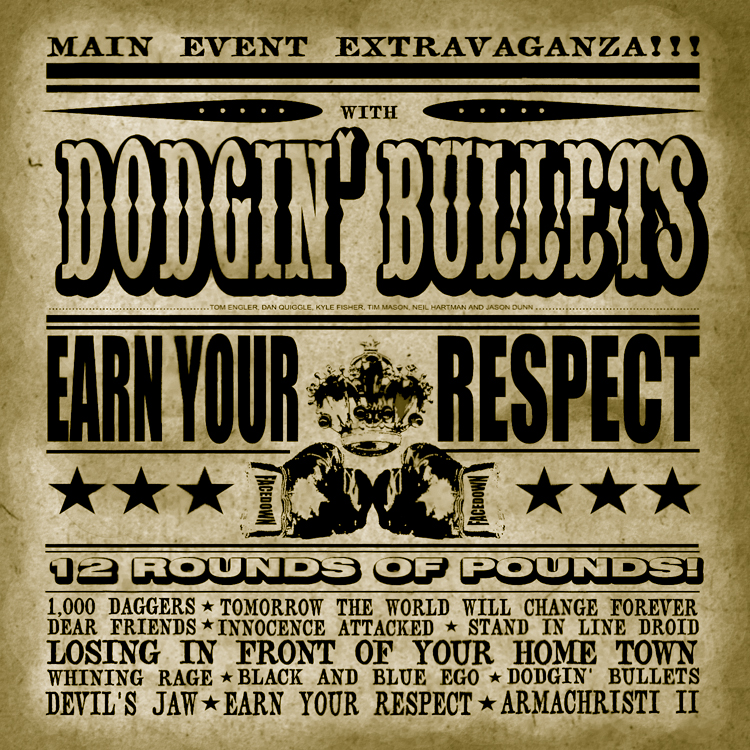 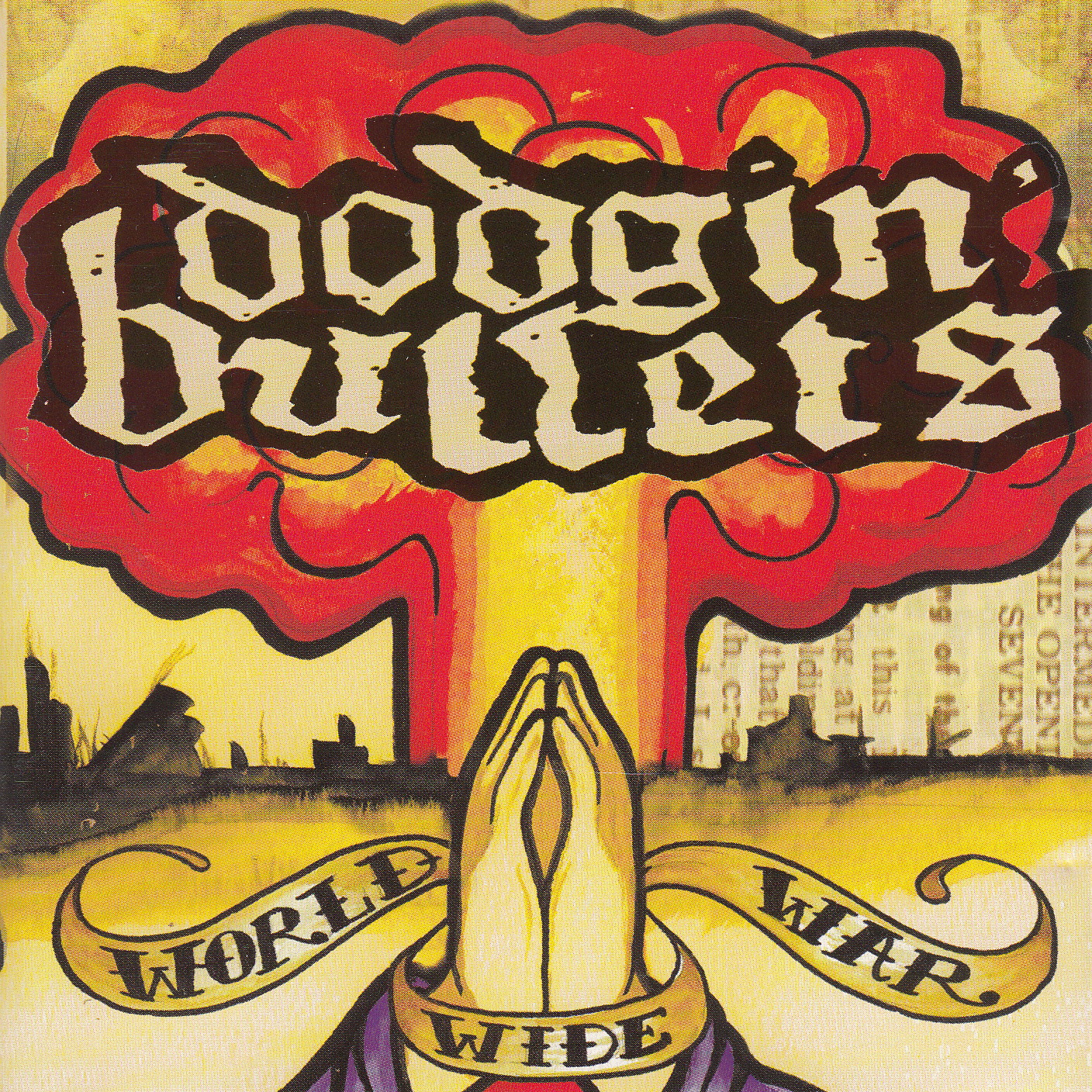 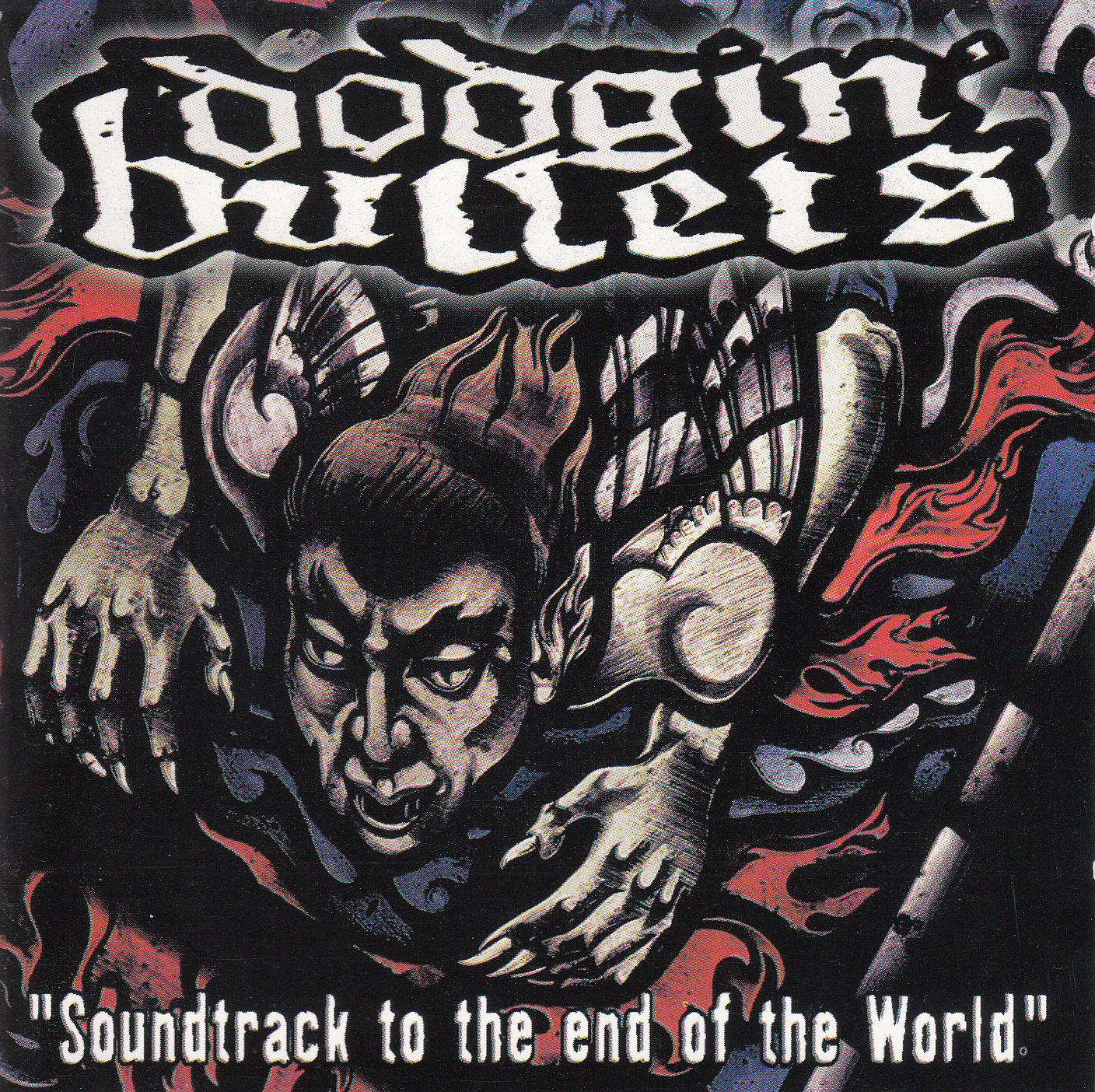 Soundtrack to the End of the World

True friendship was born in the Summer of 1998 when No Innocent Victim toured with Erie, PA’s xDisciplex AD! Ever since that tour, the two bands have been close knit and best of friends. It only made sense to bring the two coasts together and join forces to create a fun band but at the same time dealt with serious issues. DODGIN’ BULLETS was then born and released their first 5 song CDep “Soundtrack to the end of the World” in September of 1999. It was Facedown’s 6th release and came out at a crucial time of the label’s history and growth period along with the debut full length from FIGURE FOUR as well as OVERCOME’s final full length “Immortal Until Their Work is Done”! The band has now recorded three different times and most all of the tracks can be found on the “Earn Your Respect” CD out now on Facedown (because both “Soundtrack To The End Of The World” and “World Wide War” were out of print). DODGIN’ BULLETS is and always will be about friendship and a solid bond! Musically it is best described as a perfect mix of California’s No Innocent Victim and xDisciplex AD. Heavy and straight forward New York influenced hardcore with heavy Quiggle influenced breakdowns and flavors thrown in! They were never a full time band, and that was never the goal or point of it. DB played shows in So Cal, Erie, PA and Cornerstone Festival in Illinois.