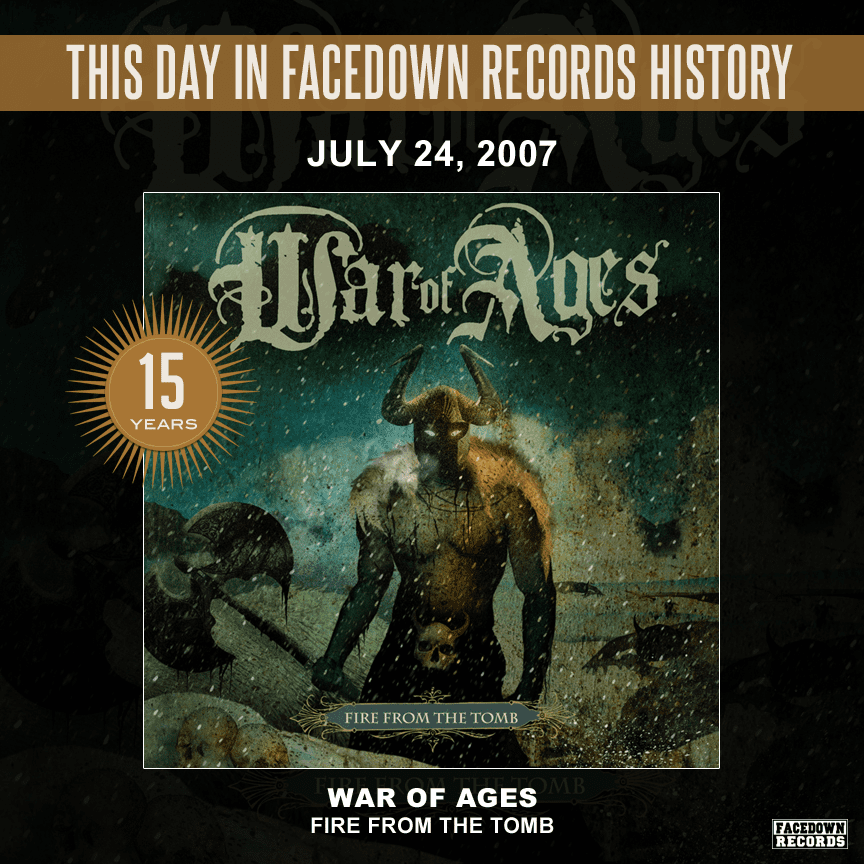 War of Ages “Fire From the Tomb” hits the 15-year mark today. This unique album was a re-written, re-recorded version of the band’s Self Titled debut album. War of Ages headed to Cathouse studios to re-work the record because they “wanted the opportunity to showcase these songs the way they were always supposed to sound.” The release also included “The Awakening,” a brand new song which would later appear on their follow up album “Arise And Conquer.”