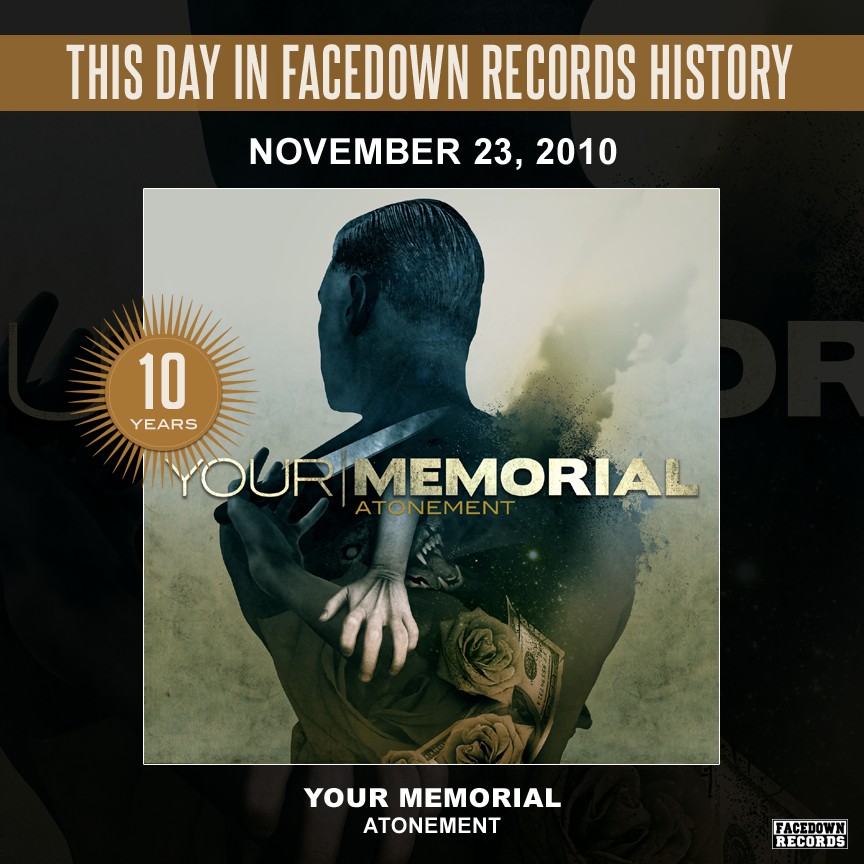 The release of Atonement was very special to me because it was the first record we released as a signed band. My family went to Best Buy and bought my record. That made me so happy. I got to make an album with the best team of people—thank you Jason, Virginia, Shannon, and Dave!

One of the craziest memories of this record was the cd release show. It was raining outside when the show started, then after the show the temperature dropped rapidly to below freezing. Black ice everywhere! All the roads were covered in cars spinning around, wrecked, or going 2mph. At the time I lived 8 miles away from the venue, it took me 6 hours to get home! The guys all slept in the van in a Little Caesars parking lot!