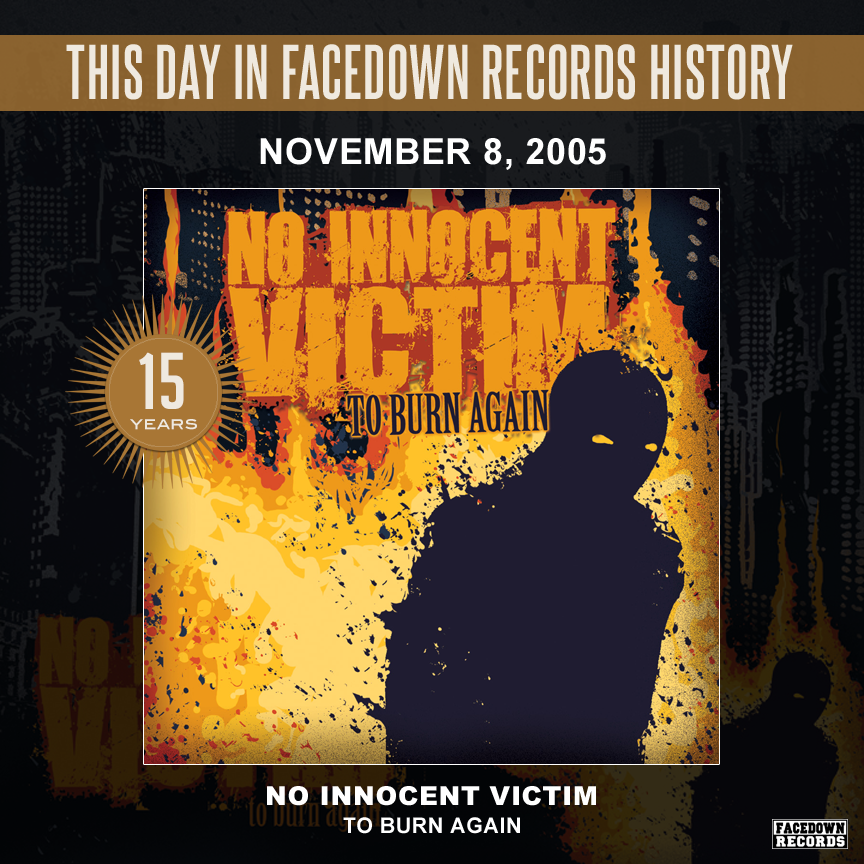 Corey [Edelman, guitarist] was over at my house. We were hanging out, and as it always does, the topic turned to music. We can’t help it. As we talked about our experiences as band mates and with other bands, we both agreed that No Innocent Victim was different. Not that we were such outstanding people, but just the fact that together we took our mission seriously.

Being behind the scenes a lot, we’d see other groups…maybe, not in their ‘best moment?’ We weren’t there to judge, but we spoke up on a few occasions, especially if it involved brothers we felt close to. These ‘bad moments’ seemed to be steadily getting worse [with people we knew] as well as among the kids that would come to shows or spout off on the internet. We talked about getting up on stage where we could be heard, just a couple times to yell “what are you doing?!?!” Over the next few weeks our hearts were stirred more and we decided to contact the other guys to see where they were at. Just by “coincidence,” Jason [Dunn] and Tim [Mason] were having the same thoughts and discussions.

That’s where ‘To Burn Again’ came from. Initially there was no intent of an album, but albums hang around longer than the bands can. The album wasn’t supposed to be some musically groundbreaking phenomenon.  We play hardcore. Is it heavy? Yep. Is it in your face? Check. Is it convicting? I pray it is.