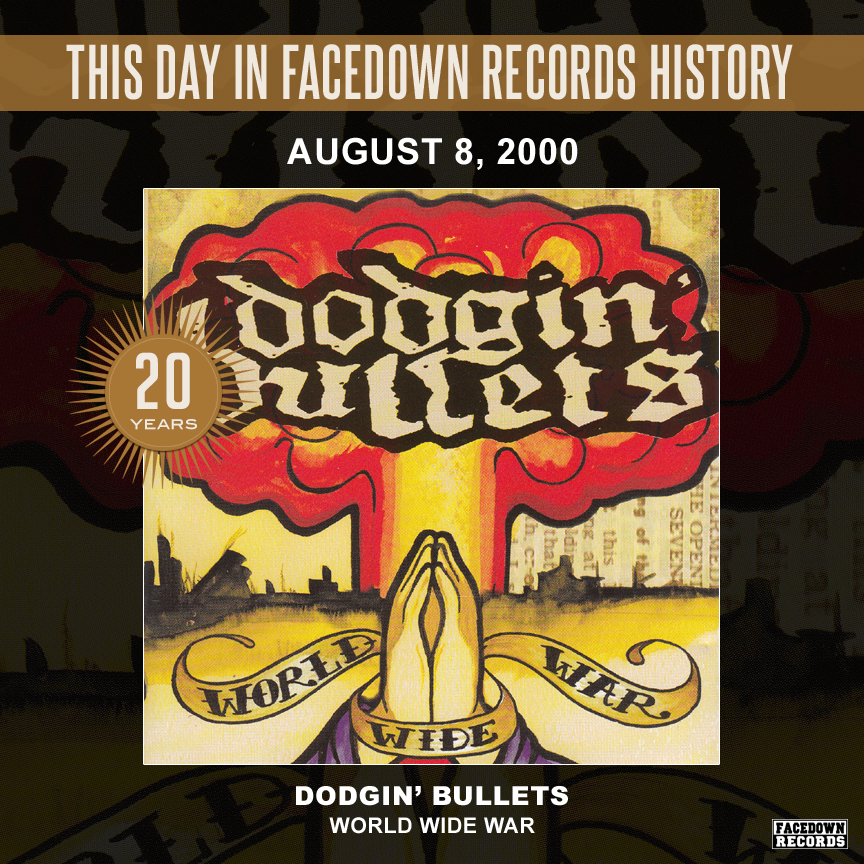 Heavy and straight forward New York influenced hardcore, Dodgin’ Bullets “World Wide War” was the follow up EP to the band’s debut “Soundtrack to the End of the World.” Long out of print, you can still hear most of the tracks from both of the band’s EPs on a compilation CD called “Earn Your Respect.”