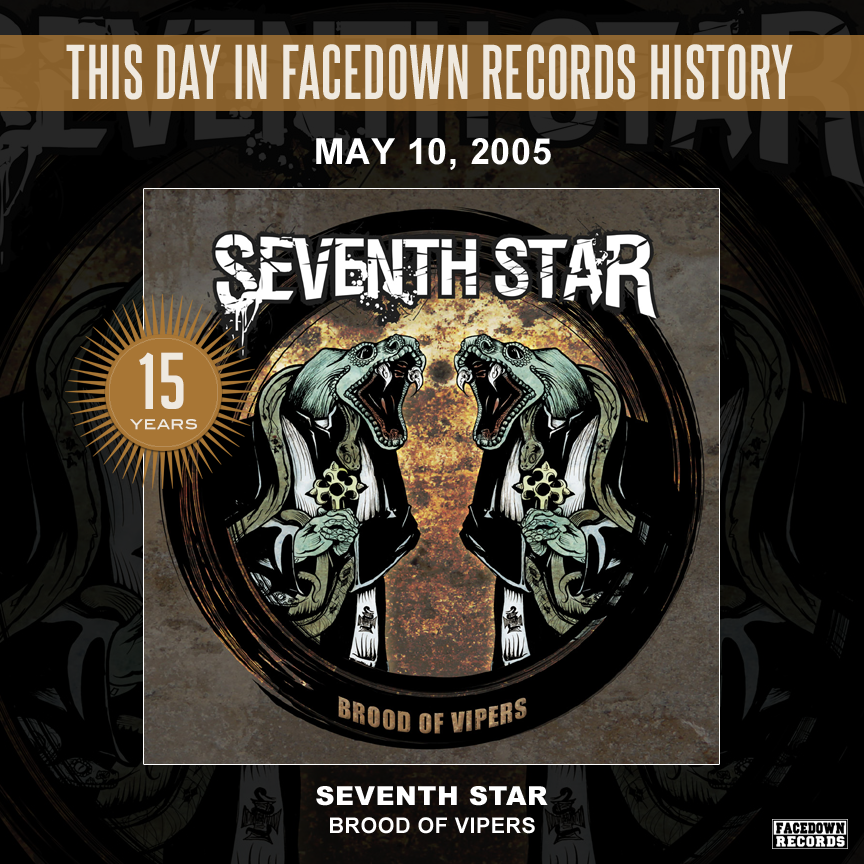 “Brood of Vipers” was our career-defining, objectionably best, and overall gnarliest record. We had so much excitement going into the writing and recording process. After releasing “Dead End” in 2003 we totaled our van, kicked out our singer, had guitarists that couldn’t tour anymore, and we really contemplated just hanging it up for good. We decided to forge ahead. We recruited my childhood friend Johnny on vocals and our one time fill-in guitarist Chase to become a permanent member. It was a completely different dynamic. It’s like if “Dead End” was a bulldog, “Brood” was a pitbull from the DMX “Ruff Ryder’s Anthem” music video. (“The Undisputed Truth” would be one of those pit bulls if he was left by himself at the junkyard and had a tendency to drink the leaking antifreeze. But that’s another story.)” – Drew Russ, Seventh Star