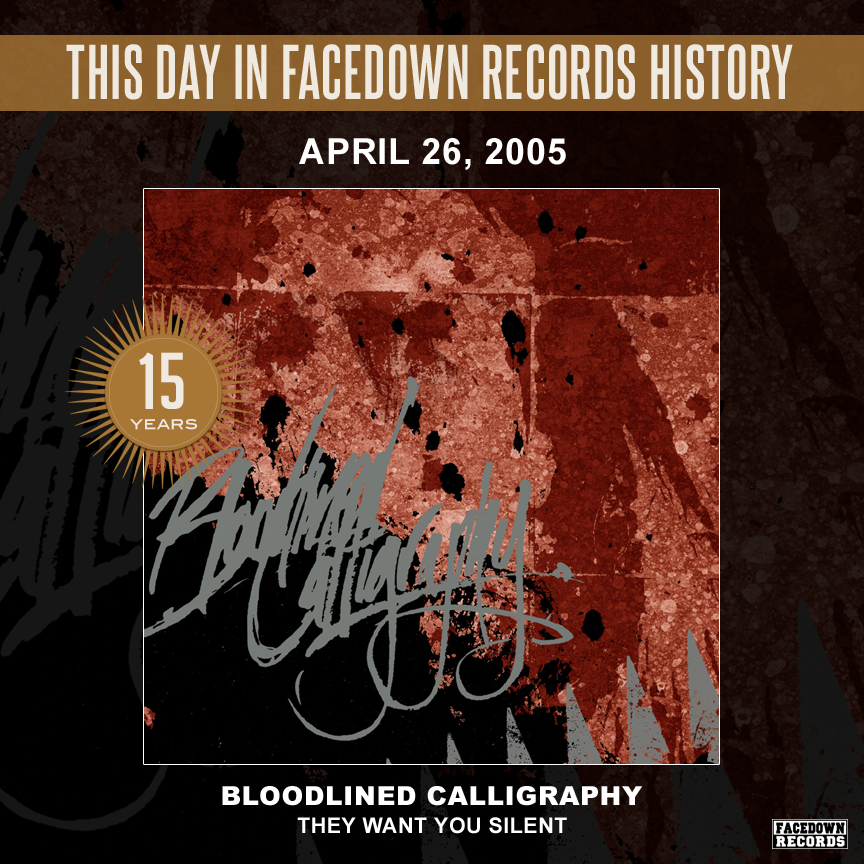 Fifteen years ago “They Want You Silent” was released by one of the scene’s most impressive and timely bands, Bloodlined Calligraphy. Fans and media were dually impressed and the album garnered praise from Revolver, AP, Outburn and more. 2005 Was a great year from some now classic Facedown releases, and this BLC album was definitely among the top. The band’s live show was an energetic powerhouse of metalcore, and vocalist Ally French could hold her own as the face of the band and one of very few female vocalists in the metal scene.

The band experienced a crushing blow when bass player and founding member Eric Cargile died suddenly in his sleep at the age of 30 on April 20, 2010. Since Eric’s death the band has withdrawn from the stage with the exception of a blistering performance at Facedown’s 20th anniversary party, but “They Want You Silent” remains a bright spot on the Facedown Records Legacy.