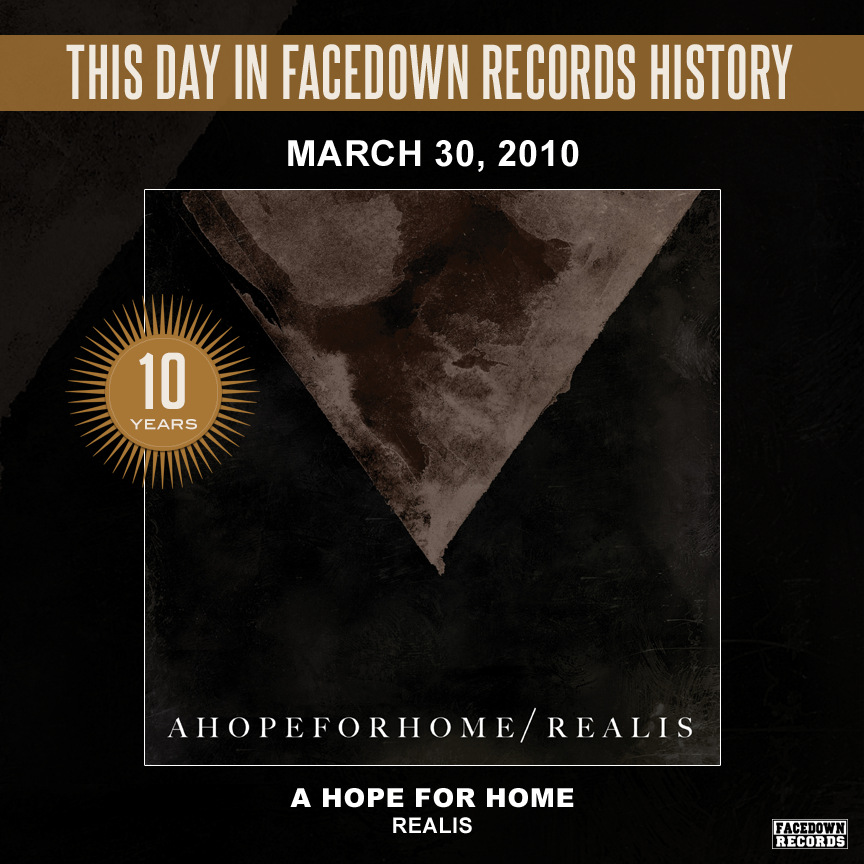 A Hope For Home’s “Realis” was a transformative experience for the band as a whole, but especially for the individual members. Tanner Morita remembers the influential period of writing and recording “Realis.”

Realis was an immensely transformative time for all of us. At the time we had just introduced a new drummer into the band who allowed us to stylistically delve deeper into experimental song structures. We had some real touring experience off of “The Everlasting Man,” and this was our first full-length release officially on Facedown Records. I think we all saw it as an opportunity to take the experience that we had gained from the last few years as a band and explore exactly what we felt like we could bring to the table as young artists.

I’ve taken this anniversary as an excuse to go back and listen to “Realis” for the first time in a long while, and amidst the nervous sweats of my hyper-analytical tendencies I can hear how we took ahold of the influences that shaped who we were as musicians personally, rather than latching on to some idea of what we thought we were as a band previously. This is definitely the album where we truly stopped writing music for others and began writing for ourselves. Raw, noisy, and imperfect as it may be.