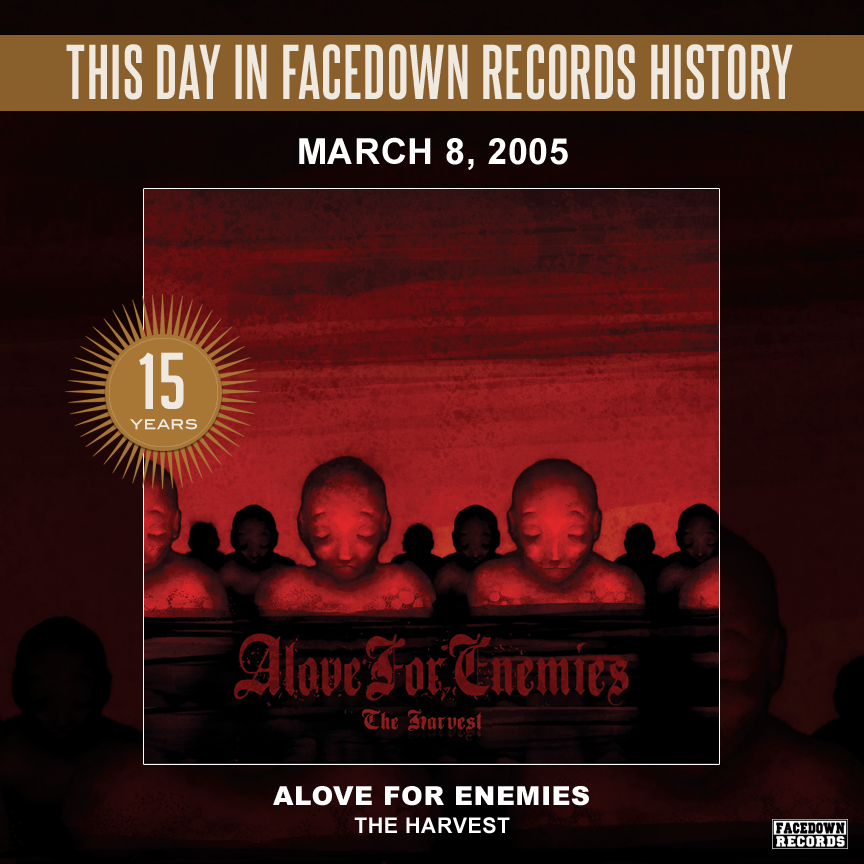 Alove For Enemies “The Harvest” turns 15 today. Vocalist Erich Barto looks back on writing and recording “The Harvest.”

Looking back at “The Harvest” a few things come to mind. It was a very exciting album to write/record because it was to be our first full length and our first release on Facedown. I remember two things in particular when I think of that record. We sometimes rehearsed 5 days a week, writing and getting the songs ready for the studio. Once the album was released on March 8, 2005, we embarked on what became the busiest tour schedule we’d ever had up to that point. In fact, we got to go to Europe with that record which remains one of my fondest memories.

The other memory that stands out is that in 2005 the hardcore scene started to tip in a direction that was foreign to me. Bands would start to almost “compete” with each other. It was a game of who had more endorsements, who headlined what stage, etc. The concept of competition and what hardcore means to me are complete opposites. ALFE was never a group of guys who set out to be rockstars. My brothers in ALFE sacrificed a lot to be able to give 100% of their time and energy all the time, regardless if there were 10 kids or 4000 kids at a show. We wanted to make meaningful music, raw and visceral. And I feel “The Harvest” really reflects that. It is something I will always be proud of.