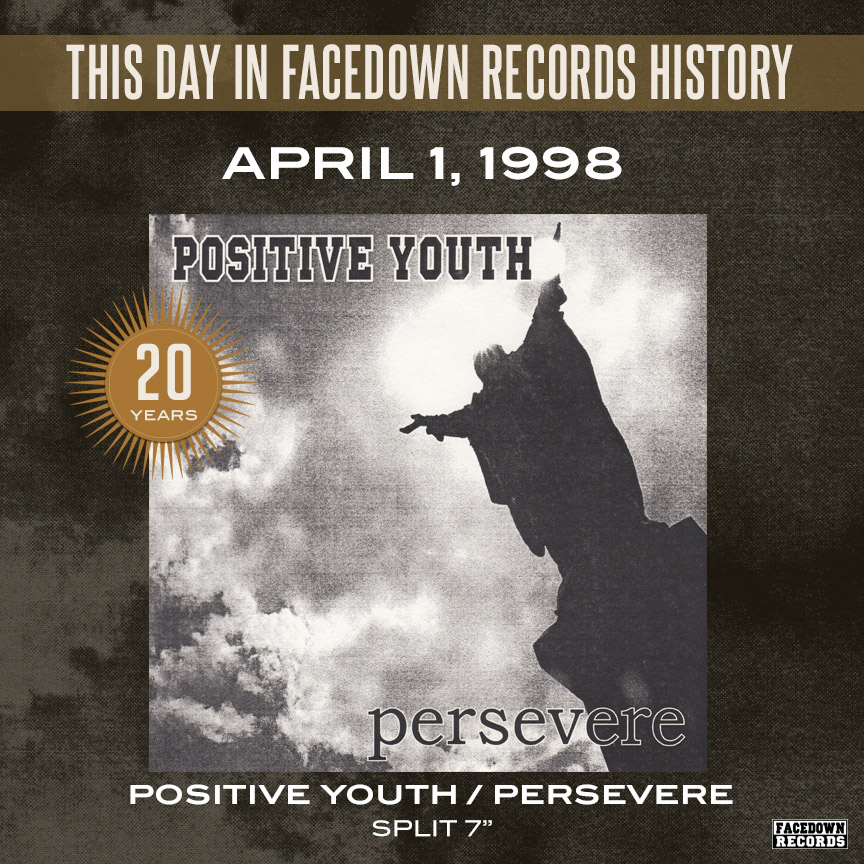 Similar to the NIV/Phanatik split 7” that we put out a couple months earlier in 1998, this release was an east coast-meets-west coast idea. Positive Youth was a great San Diego hardcore band that later became The Frontline. Persevere was a melodic/metallic hardcore band from Maryland that frequently played with No Innocent Victim when NIV was touring the east coast.
To help each band get some attention on the opposite side of the country from their hometowns, we pressed 500 copies of this split release on 2 different colorways.
Collector’s tip: the first 100 copies only were hand numbered on the A-side center label.