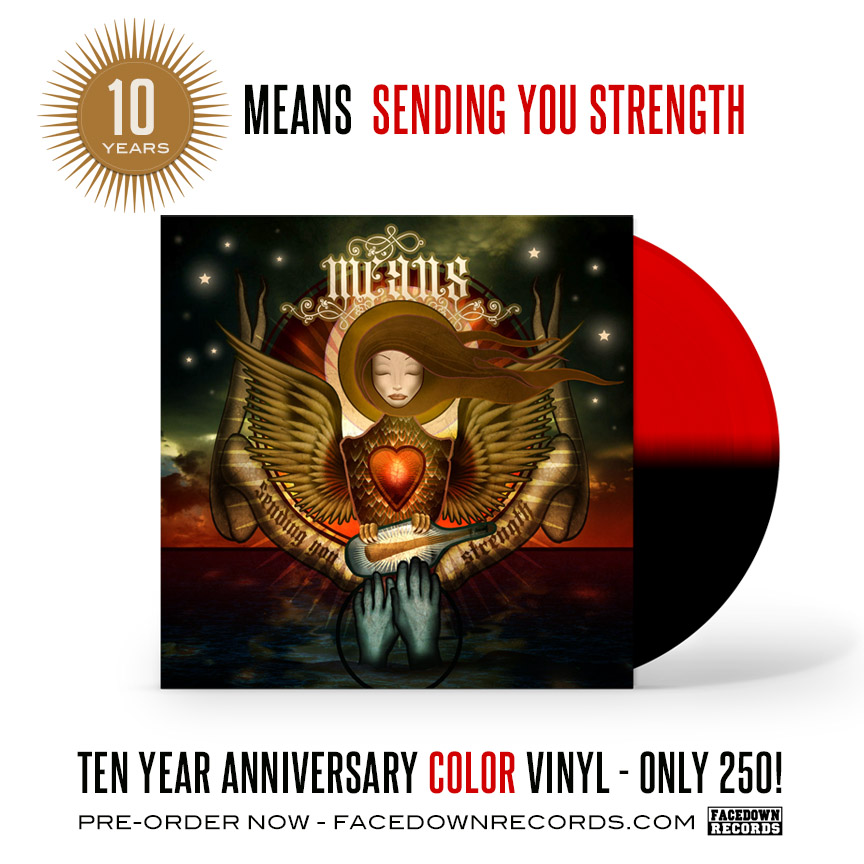 Means “Sending You Strength” is being pressed on vinyl for the first time, and will be available as a red-and-black colorway LP in honor of the album’s 10th anniversary. Preorder now.

When I listen to “Sending You Strength,” I’m still amazed that I was a part of creating that album. Even if I hadn’t been in the band, it would still be one of my favourite albums. As I listen to it even now, I still think it holds up to some of the biggest melodic heavy albums that have come out recently, and I think that shows just how strong the album is, especially for it being 10 years old. Back then we were in our early 20’s, had a small town mentality and an urgency to get our music out to as many people as possible which meant touring 8-10 months out of the year and struggling through the many challenges of being away from home. It was a dream come true to release this album on Facedown and I’m so proud of the impact it’s had. – Aaron Friesen, Means

Listen to “Sending You Strength” on Spotify.