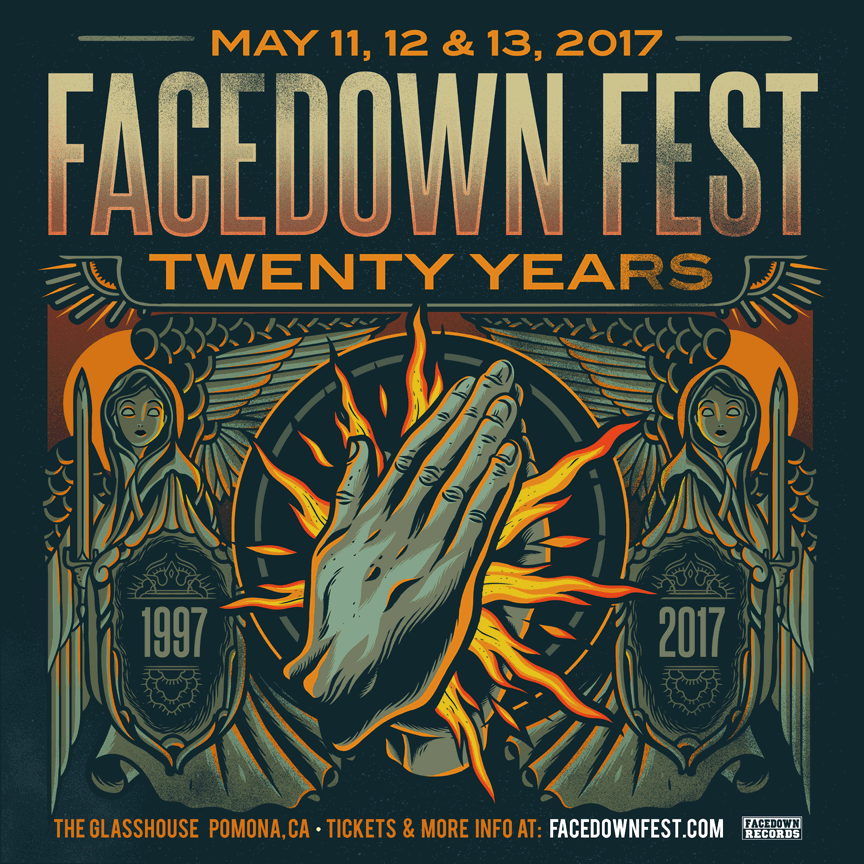 We are beyond excited to announce the line-up for the Twenty Year anniversary edition of Facedown Fest happening May 11 – 13, 2017 at the Glasshouse in Pomona, CA. It’s an honor to have worked with so many great artists over the past 20 years and we are humbled that many of them are coming back to perform reunions at this years Fest! These very special reunions include: A Plea For Purging, In The Midst Of Lions, Overcome (Jason Stinson on vocals line-up), Nodes Of Ranvier, Bloodlined Calligraphy, Sinai Beach, xLooking Forwardx, and Hands! The Fest will also include such headliners as: Impending Doom, Sleeping Giant, and Gideon along with the rest of the Facedown Family (full line-ups below).

Tickets will go on sale on February 1 at www.facedownfest.com and will include limited edition bundles with exclusive Facedown 20 Year Anniversary items.

Thursday, May 11
Sleeping Giant
Bloodlined Calligraphy
Saving Grace
Those Who Fear
Nothing Left
Dynasty
Poured Out

Friday, May 12
Gideon
Sinai Beach
In The Midst Of Lions
xLooking Forwardx
Your Memorial
For All Eternity
Everything In Slow Motion
Rival Choir

Saturday, May 13
Impending Doom
A Plea For Purging
War Of Ages
My Epic
Nodes Of Ranvier
Overcome
Hands
Comrades
Attalus 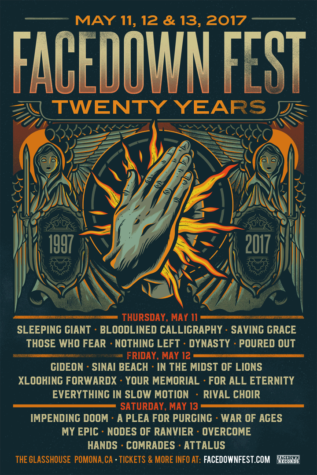