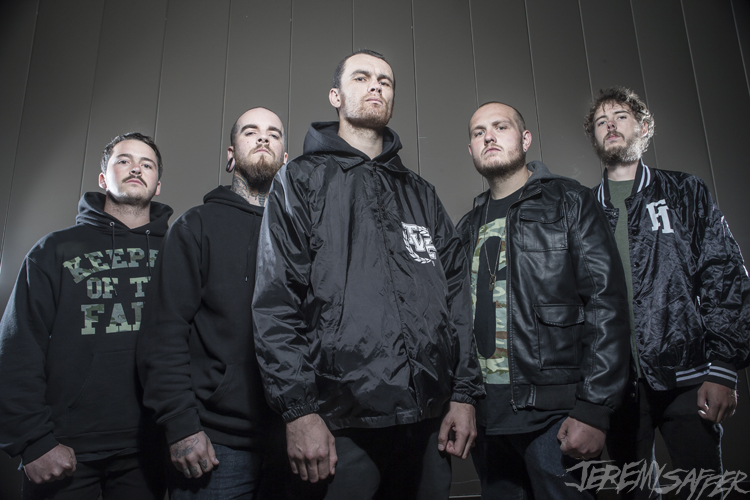 Saving Grace have released a video for their brand new single “Recidivist,” available now on iTunes and announced a new album “Into Hell,” slated for a 2017 release. They have also announced a run of New Zealand tour dates.

Known for their signature sound of brutal metallic hardcore influenced by bands such as Slayer, Arkangel and Hatebreed with elements of traditional death metal,
Saving Grace have released four studio albums and toured heavily across the world since 2005 sharing stages, tour bills and festivals with everyone from Parkway Drive, August Burns Red and Bring Me The Horizon to
Hatebreed and KoRn earning the band the reputation as being one of the most uncompromising and sonically crushing faith-based bands of the past decade.

Their last studio album ‘The Urgency’ produced & engineered by Zack Ohren (Suffocation, All Shall Perish, Carnifex, Immolation) debuted at #3 on the NZ Top 20 albums chart, #1 on the iTunes Metal and Rock charts
and went on to receive a VNZMA nomination propelling the band to the height of their career in 2013.

Since the release of ‘The Urgency’ and its supporting tour dates and festival appearances the band have kept a low profile, playing only a handful of select shows each year in NZ and USA leaving fans hungry for a new release.

Taking a step sideways from their renowned high-end modern studio production to a more stripped back and sonically raw approach, ‘Recidivist’ is some of the band’s darkest and heaviest material to date.

The single was engineered by Zorran Mendonsa who handled production duties on the band’s first three studio albums (Behind Enemy Lines, Unbreakable and The King is Coming) and the video
was directed by Scott Hansen at Digital Thunderdome (Bury Your Dead, A Day To Remember, Carnifex, The Ghost Inside).

The band have announced that they are working on a brand new studio album entitled ‘INTO HELL’ for a 2017 release on Facedown Records, which will feature the new single.

Saving Grace will head out across NZ in support of the brand new single this September with support from Artery Recordings’ SET ON END.