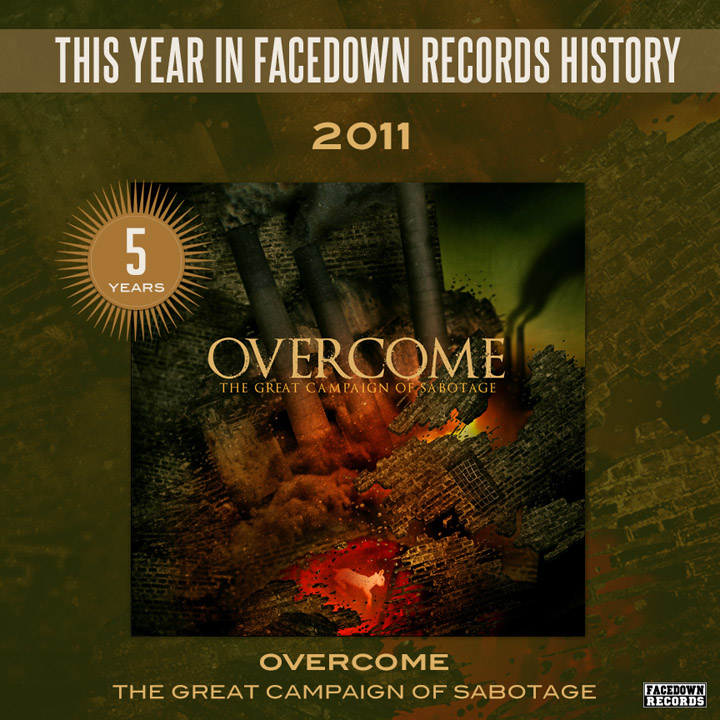 Overcome’s “The Great Campaign of Sabotage” was Facedown’s 100th release which was appropriate since they were also one of the first bands we ever signed to the label. “The Great Campaign” saw Overcome return to the scene with an all-out vengeance. Label head Jason Dunn:

“I first saw OVERCOME in 1994 when they only had a demo tape out. Before I played drums for NO INNOCENT VICTIM, I would travel with them and sell merch for them. NIV went out to play a couple of shows in Arizona and OVERCOME was the band that was also on the show. We instantly connected and have remained friends to this day. I always say that I don’t think Facedown Records would be around today without OVERCOME. They were the cornerstone of the label in its early years and teaming up with them instantly put our name out there for hardcore fans worldwide, both Christian and non. I could not have dreamed of a more appropriate album for the label’s 100th release.”