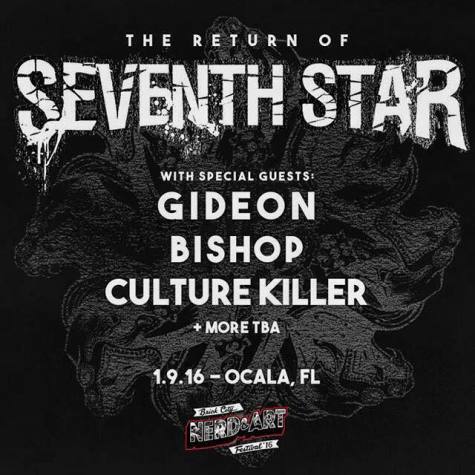 Seventh Star have just announced a reunion appearance at the January 9 Brick City Nerd & Art Festival in Ocala, FL. Here’s a statement from the band:

“After playing our last show in Ukraine in 2008, we really couldn’t imagine ever playing another show again. But you know how these things go with hardcore bands. We’ll be ignoring our responsibilities of careers and children for a night to play a reunion show in our hometown. We’re returning with “Brood of Vipers” era line-up and will be playing jams from every record.  This is for the fans, friends, and anyone whoever supported us when we were touring.  See you in the pit.” – Seventh Star