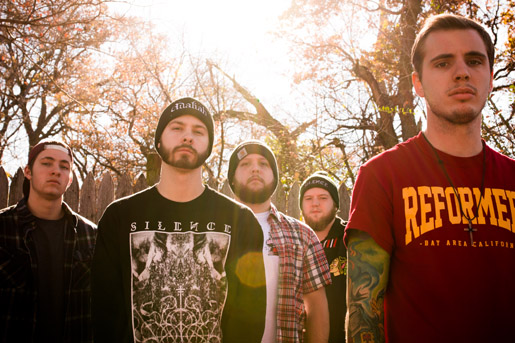 Mouth of the South signs with Facedown
January 22, 2014

Facedown Records is proud to welcome Mouth of the South to the Family!

For six years Texas’ Mouth of the South has been blazing trails with their fiery metalcore riffs and tenacious southern attitude. Though the band has evolved almost entirely from the original lineup and sound in 2007, the fervor is still there as is evidenced by their three self-released albums and well-established touring schedule.

The band’s most recent release “Transparency” (2013), which debuted at #10 on the iTunes metal chart, put MOTS on the map as a groove-filled metalcore up-and-comer. The band has also become known for their relatable song writing and empathetic lyricism. As one reviewer notes, “Mouth of the South bleed their music”.

Now MOTS add their talent to the Facedown Family, joining with the label to release their new album, heading out on tour with War of Ages and Saving Grace and ending up at Night Two of Facedown Fest on March 29.

The band states “We are beyond excited to announce that we have joined forces with the Facedown Records Family! We are really looking forward to the future of the band as we team up with the label. As a band, we’ve been going at this for a long time and feel like this is the best move for us. We will be buckling down over the next few months to write and record a new album that we will be releasing sometime this summer. Our first tour as a Facedown band will be early this spring with War of Ages and Saving Grace. We can’t wait to get out on the road more and more to meet new people and make new friends. Keep checking in for more updates from us and Facedown Records. Thanks for your support.”

Mouth of the South is offering an exclusive download of their brand new song “Idle Hands”, a sneak peak into the new album they’ll be recording for Facedown in April.