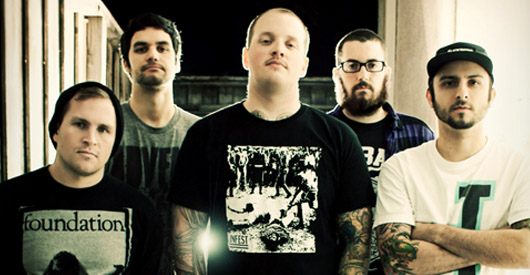 After eight years, three full-lengths and countless tours all over, Call to Preserve is calling it quits. For the past year or so we’ve done our best to keep functioning as a band despite losing members and having remaining members cut back their involvement. Now all of us are being pulled in different directions and our aspirations for our future have expanded much further than being on tour all the time. With some of us moving away, going back to school or starting careers, we just can’t sacrifice our time to this band like we used to. It would be a disservice to ourselves to do CTP half heartedly, so instead we want to go out on a high note and enjoy our last few months as a band.

We want to do our best to make sure those who want to can come see us for the last time. This April we’ll be playing our last west coast show at Facedown Fest 2011 and in the coming months we’ll be announcing our last tour dates, which will include a stop at Cornerstone Festival. Our last show will be near the end of July this summer in Melbourne, Florida. More details will be announced soon.

In these final months we’ll also be working on a few new songs that will be on a 7” coming out this summer on Facedown Records. We’ve wanted to put out vinyl for years and felt we had a few more things to say before we go, so this seemed like the perfect time and place to put out a 7”.

We never thought that this band would get as far as it did. We never thought we’d have the chance to travel so much and tour with some of our favorite bands and make such amazing friends from all over the world. We are eternally grateful for the chance we were given to play music and actually have people listen. We want to thank Jason Dunn and Facedown Records for standing behind us for the past five years, being some of the easiest people to work with and for just being great friends. We want to thank all the bands we’ve met and toured with who have become some of our best friends and we will miss the shows and the hangouts dearly. Finally we want to thank everyone who has supported us by coming to a show, buying a shirt, letting us sleep on your floor or feeding us. We are more thankful than you’ll ever know.

Thanks for listening and see you soon. – CALL TO PRESERVE